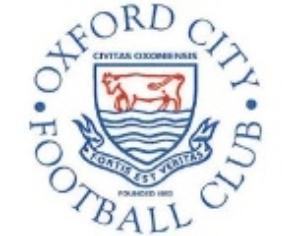 The SRWFL Cup Finals day was held on Sunday 20th May at Alton FC, for the first time on a 3G pitch, and there was a lot of footballing talent on show in 2 well contested and very even matches.

First up was the Chairman's Cup at 11am with Winchester City Flyers drawn home against Oxford City. The game started as a cagey affair and suffered from a lack of fluidity as several knocks to players meant 8 minutes of added on time and no goals before half-time. Both sides had chances in the first half - Winchester skimming the bar on 8 mins and Oxford's player of the match Steph Mobbs putting through some useful passes to unlock the Winch defence but the final touch was lacking - probably due to a lack of recent games for both teams. Oxford suffered an injury to Rachel Mariam on 20 mins which prompted a reshuffle at the back, and Winch's Francesca Thornton looked really lively in the first half causing the Hoops some real problems.

After a much needed half time break, the Hoops took the lead on 52 mins through Mollie Dyer, and then 3 minutes later went 2-0 up through Lauren May. On 64 mins Flyers came back into the game through Hannah Chaffey and the next 10 minutes looked like Oxford had ridden the storm. They weren't counting on a wonder volley from Kayleigh Moss which Hannah Cox got fingertips too but couldn't keep out to make it 2-2.

On 83 mins Oxford City nosed in front again with Emily Green scoring and despite some last minute chances it finished with Oxford City 3 - 2 Winchester City Flyers.

Well done to both teams on a great performance!

Info regarding SRWFL can be accessed here.